My son Zarif ASD closed on its own. Echo done today and its a miracle. I never stopped praying to GOD. HE is the curer of all. 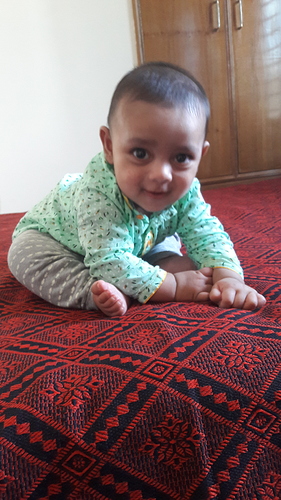 That’s so great! I am praying my son’s will close also. Was it a sizable hole?

My son was breathless when just after birth. He is my 2nd. I have a 3.5 year old daughter. They took him to NICU before i could hold him or even see his little face. When i recovered from my c-sec i was shocked at this news. But relied on GOD almighty always. He was on iv fluid. It was 11 days after they put him to breast feeding. He suffered from convulsion, electrolyte imbalance while in ICU. Then they did his echo and that’s when we got the news. He had PDA also. The cardiologist put him on frusemide. I had to do blood test every month. The PDA closed at 1 month age.
I just prayed and prayed. Allah (GOD) listened to my prayers. They did his 7th echo on 12th of this month and when they told me that ASD has closed on its own i burst into tears. So dont stop praying. As a doctor i bliv in GOD. Medical knowledge is nothing to HIS power.
May GOD help you.